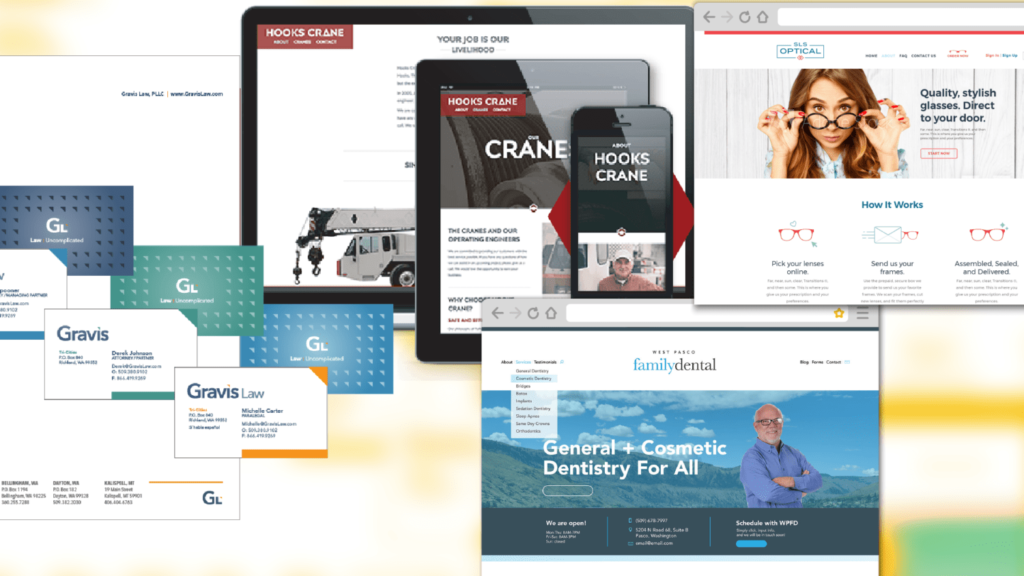 Illustrating and designing have been passions of mine for as long as I can remember. Nothing has been more exciting than being able to hold my own designs in my hands, which is why I became a designer. At first, I only designed for print but came to realize that this wasn’t the only avenue I could go down.

Print design is what most people think of when the term “graphic design” comes up. Images of business cards, branded signs, brochures, books, and postcards appear, which – in reality – barely scratch the surface of what graphic design encompasses. What people don’t usually consider is that design goes into web development as well. Developing for the web doesn’t sound as glamorous – at least it never sounded intriguing to me. It didn’t seem artistic or creative, so I wrote it off as something I would never be interested in. This line of thinking can be dangerous.

As with all professions, every designer has their strengths and weaknesses. This is why you typically have a team of people to work with that can help balance out the areas you might not be fluent in. This isn’t to say you should continue only to focus on what comes easiest to you. The more you expand your skillset, the stronger you make your team, and the more valuable a designer you to both employers and clients alike.

“It’s better to be decent at many things than to only be excellent at one thing.”

1. Be Wary The Hole Of Pigeon

This applies to everything from varying your print design know-how, to being diverse with print design and web design. The digital world is now and pigeonholing yourself into one design category can prove detrimental. Most companies require their designers to be proficient in both print and web design. A designer who can work in both print and web is a more valuable investment for most companies.

2. Don’t Make Being Sought After An Afterthought

Growing up, I was told many times that I needed to make myself as valuable as I could to potential employers. This led me to sign up for some basic coding classes. As frustrating and confusing as the classes were, I am now well-versed in HTML. At the time, I wasn’t sure where, exactly, I would be using these skills. The one thing I did know was that I wanted to design graphics. Today, I pat my younger self on the back for taking those classes, as it made me more desirable as an employee.

3. The Future of Design Is Now

In the past, most designers were good at designing for either print or web, preferring to stick to their key strength. Don’t limit yourself with this kind of thinking. Yes, to someone unfamiliar with coding, web building sounds daunting. Not only does it require a different outlook on design but it also requires having a knowledge of coding that might make you uncomfortable. The point still stands that the most sought after designer is someone who has both a good eye for design and the ability to code.

It takes a designer’s eye to make a website aesthetically pleasing, and it takes a coder’s know-how to make it functional and easy to navigate. Both of these concepts need to be addressed early, before any design actually takes place. A designer can make the most visually appealing site in the world, but without knowing the basics of code, that beautiful site might not be feasible or even possible to develop. The more you know about both worlds, the better your design will be, and more importantly, the happier your client will be!

Staying versatile in design is good sense in general, regardless if you branch into coding and web development. But it can be more than making yourself more valuable. You might find that you actually enjoy new things that you didn’t think you would. Before learning to code, I never considered that coding would be fun; now I love designing and coding websites! I continue to keep myself open to new things in this business mostly because it’s so much fun learning new things and figuring out how to implement them in the projects I have.

Our office space is closed, but it’s business as usual at BrandCraft Marketing.

For the safety of our team, our clients, and their families our office space is closed, but our team is set up to work remotely from the safety of their home during the Coronavirus disease (COVID-19) pandemic.

We have arranged remote options with our clients, to keep business going as usual. Our hearts go out to all our fellow businesses at this time, and we know now is the time we need each other most.

We are currently offering free phone consults to help you navigate options to adapt your marketing to what is happening in our communities today.